Being a gadget freak (Read: Not me! It was FF. He’s totally an Apple gadget freak. Like seriously!), he really wanted to go to the newly open Samsung Innovation Museum located in Suwon where the museum features 150 inventions and products from Samsung as well as individuals and companies that have no ties with the Korean Company. As we’re having such a limited time and afraid that we could not reach the museum in time, we just decided to go to another option that we have which is Samsung D’Light Gallery in Gangnam within the Samsung Electronic Buildings.

Samsung D’Light is a compound of a digital and a light where Samsung’s vision is to bring light and joy to the digital world that we are currently living. The D’ carries a meaning of ‘Dynamic’, ‘Dream’ and ‘Diversity’.

The happy face! Here we are at Samsung D’Light 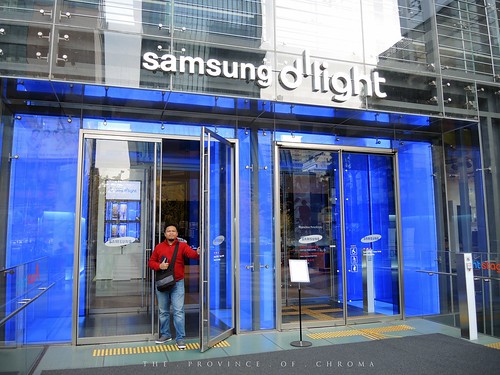 There’s a mobile plaza in the first floor which covered various section such as Pix Zone, Green Table, Text / AR Zone, Mix Zone, Game Zone, SSD Zone, D’Studio and Camera Zone. We got attracted seeing the special capture wall where we could try capturing our image with four different special effect and it will then be on the screen.

Capturing and editing in progress 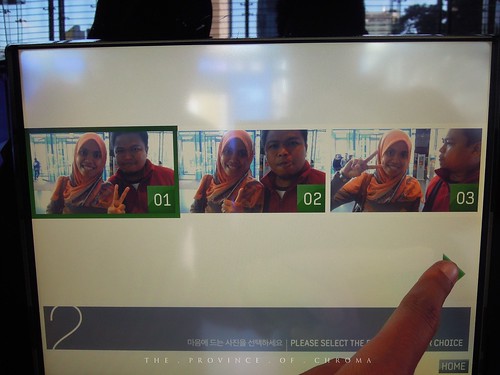 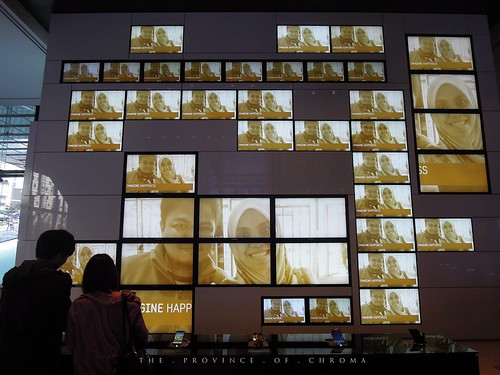 One of the most interesting section is definitely the Text/AR Zone. Check out the amazing technology of augmented reality. Impressive! 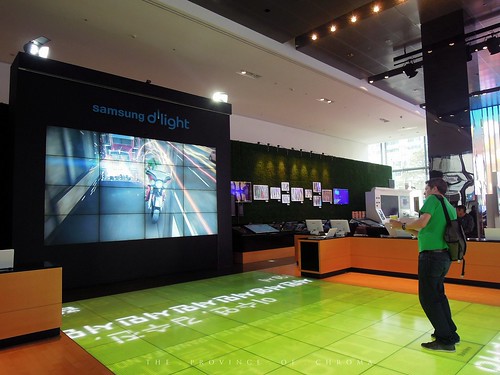 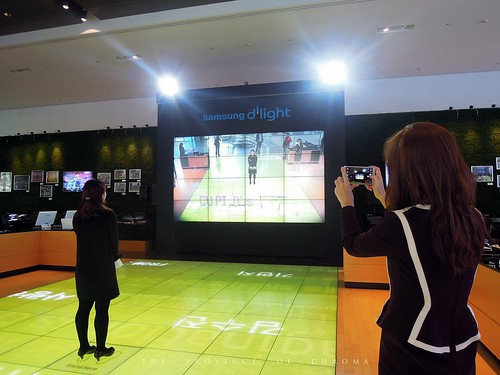 Check out the new Samsung TV Curve and other varieties of TV too. Oh ya, you could actually try to play the video games with high quality of picture. 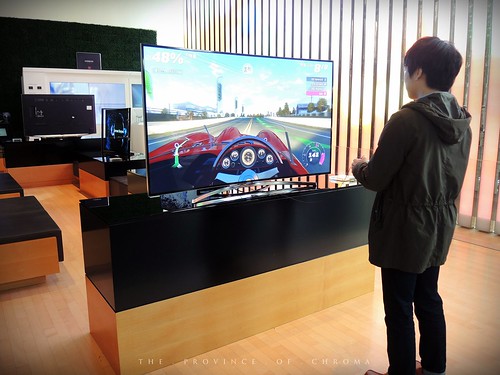 We didn’t miss this as well. It’s the Samsung D’Studio section where we can actually be a character in a traditional Korean artwork shown on the transparent display. We tried a few times just to get the best shot of us on the artwork and sent it directly to our email account. 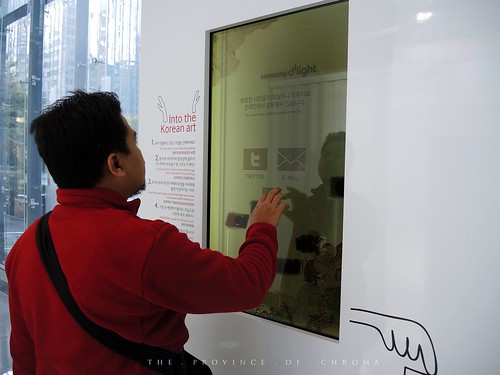 This is definitely the best part which is the Camera Zone. With miniature on display, you can actually experience Samsung’s latest cameras and camcorders too! 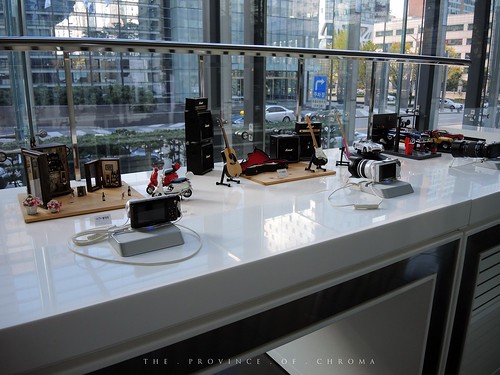 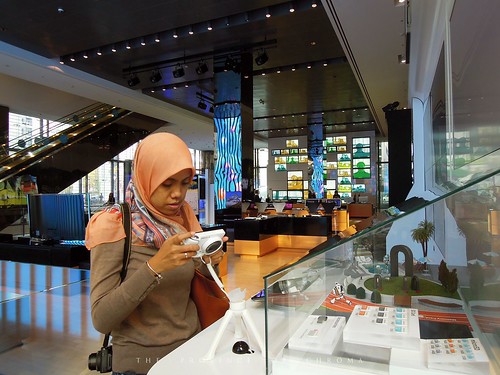 Semiconductor Zone where we got the chance to try the semiconductor rider! Pening gile! Feels like we were in the Matrix Movie. Everything around us from left, right, centre, up and down section is all moving. And there’s no way out! You have to complete the whole ride. Bertabah je la. 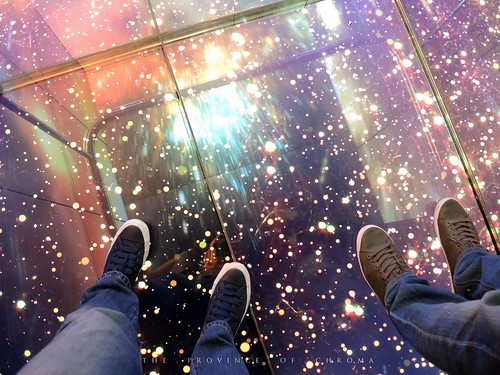 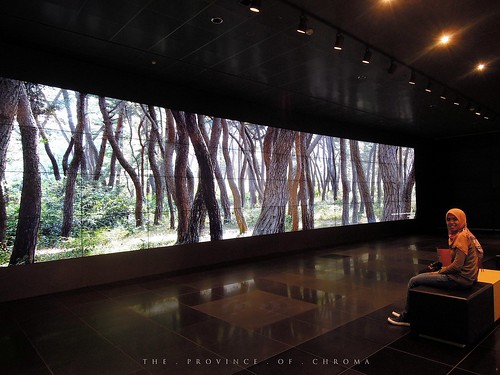 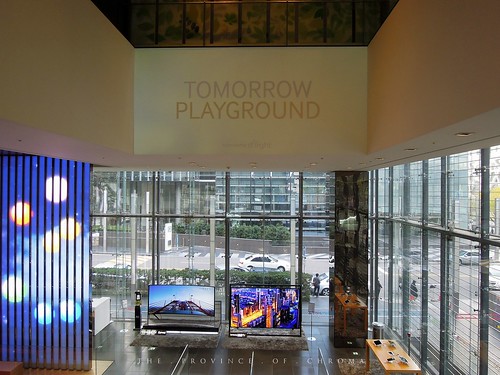 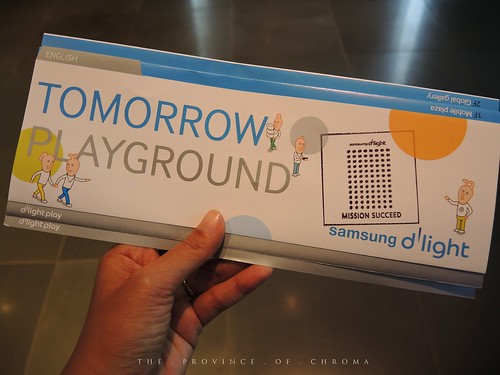 There’s also a Samsung D’Light Shop at the basement where this is a flagship store where you can get up close and personal with Samsung’s newest products. The only thing that we bought from the shop are the fridge magnet! Ya, ya, not the product itself. 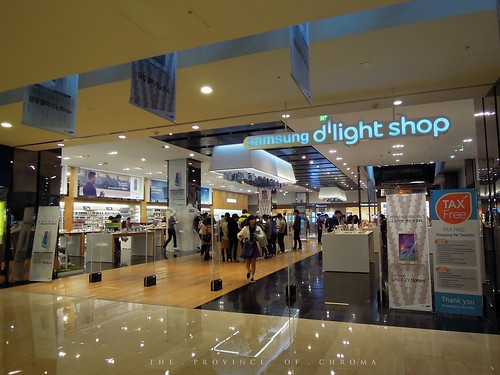 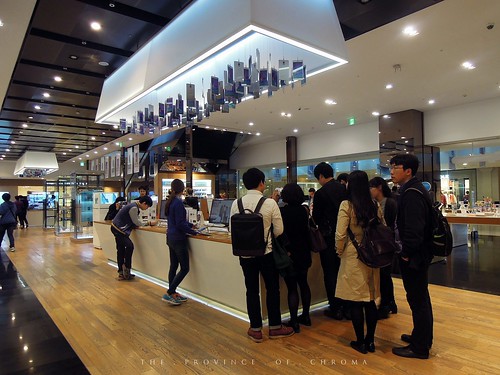 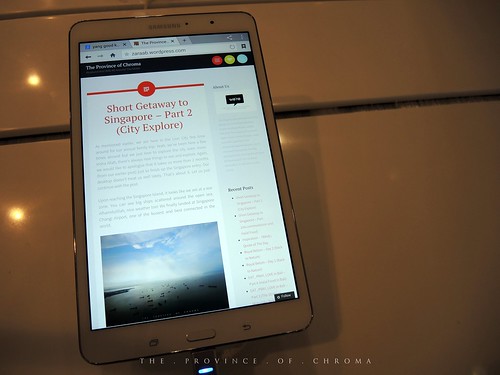 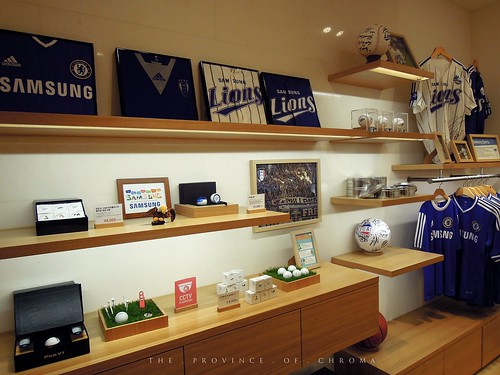 Last but not least, the Samsung D’Light Square located at the entrance and it’s a space for everyone. As we were there over the weekend, there’s a jazz group playing a few numbers from the Girl From Ipanema, How Deep Is Your Love and etc. What a beautiful and bliss afternoon. Nice weather, good company and beautiful song. Couldn’t ask for more! 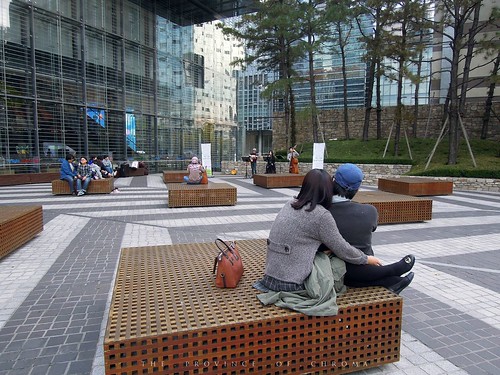 How to get here: Gangnam Station (Seoul Subway Line 2 or Sinbundang Line), Exit 8.

We also managed to squeeze our time to get to Ewha Womans University here in Seoul. One of the reason is because we wanted to witness the amazing urban architectural concept of the New Ewha Campus Complex which made them having Korea’s largest underground campus with 6 levels of basement. Besides, Ewha Womans University was the first educational institute for women here in Korea which produced numbers of notable alumni such as the former first lady, Chairwoman of Hyundai Group, former Prime Minister of South Korea,  first Korean female lawyer, first female judge, first female doctor and many mores! 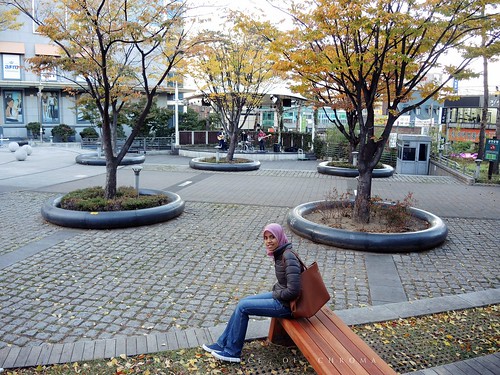 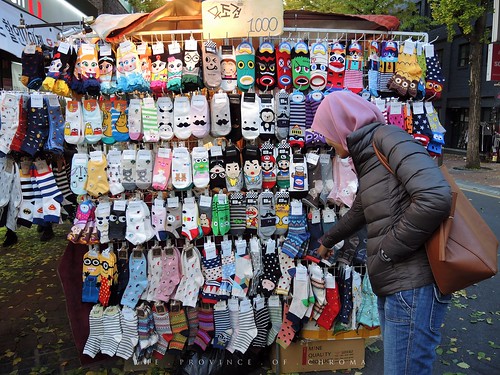 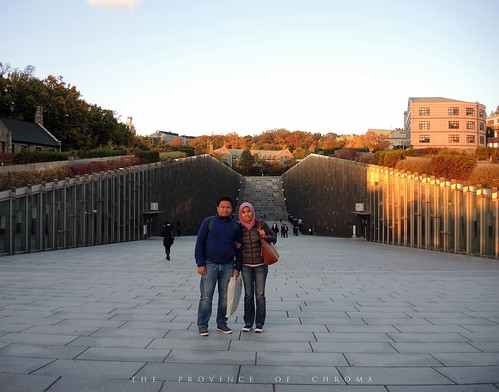 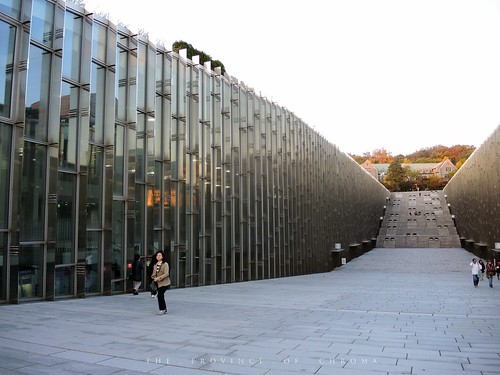 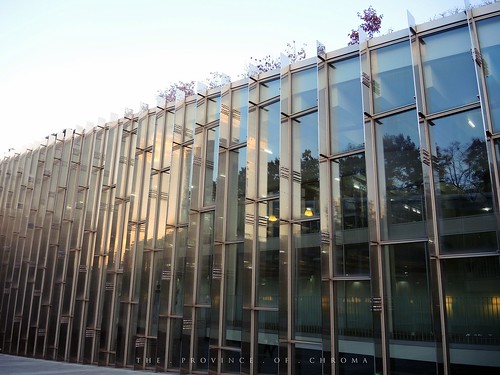 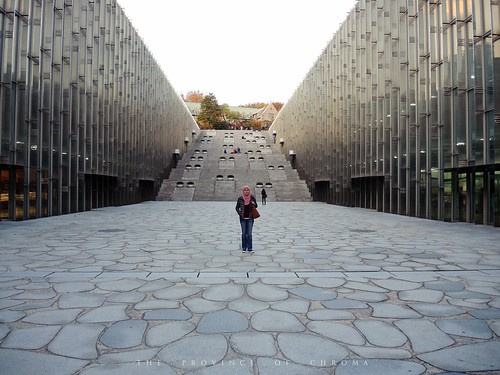 We believe, this is the university hostel. Hope we got that right! 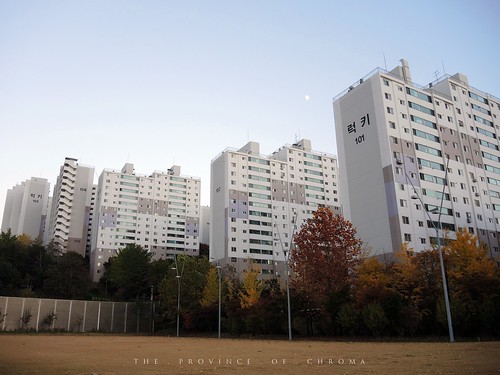 The upper level of the complex with the beautiful landscape 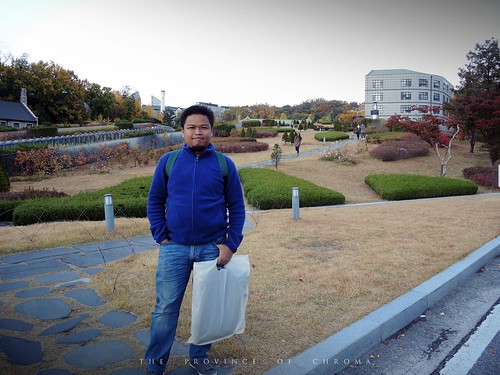 The beautiful sunset just to complete the day 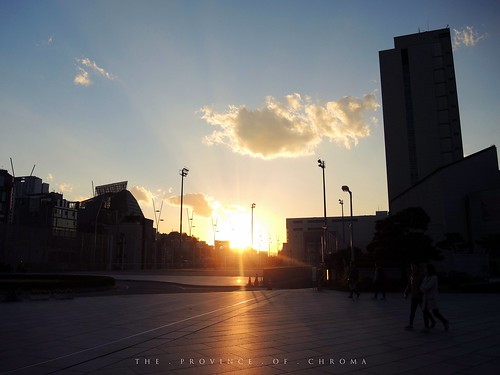 They said it wouldn’t be complete if you didn’t shop here as Ewha Womans University area is one of the most popular shopping districts in Seoul. It is also called as Ewha Women’s University Fashion Street. It features number of stalls lining the street selling fashion items from shoes, clothes, accessories and all the young woman needs. Everything here are so affordable and cheap! 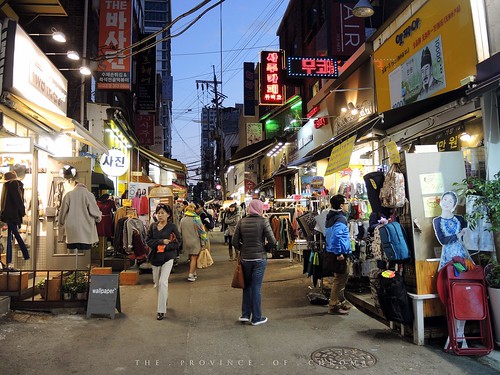 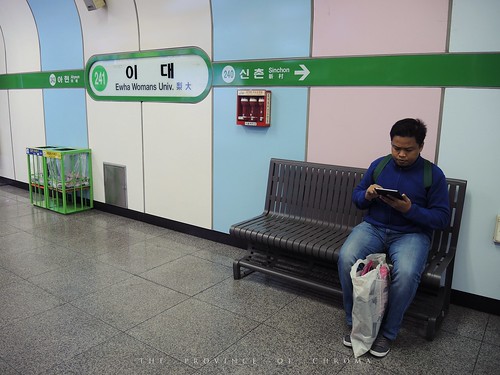 How to get here: Ewha Womans University Station (Subway Line 2) Exit 2 or 3.

We will continue our journey on Gwanghwamun Square and Gyeongbokgung Palace.