There are a quite of numbers of palace around Seoul. To name a few, there are Gyeongbokgung, Changdeokgung, Changgyeonggung, Deoksugung and Gyeongheegung. Since we have such a limited time, we definitely opt for the largest  and arguably the most beautiful of all 5 palaces which is Gyeongbokgung Palace or commonly known as the ‘Northern Palace’. This is due to the location of the palace where it’s located furthest North which compared to the neighbouring palaces and this palace was built way back in the year of 1395. Wow! That was 600 years back!

To avoid any frustration, Gyeongbokgung Palace is open daily except Tuesday from 9.00am and closing time is all depending on the season. There goes for other palaces as well. So, plan ahead and check on all the information needed with the tourism board regularly. Admission fees are KRW 3,000 and we didn’t pay for it as we were just there to witness the changing guard ceremony. If you’re such a history lover, it’s good to get the integrated ticket of palaces with the price of KRW 10,000. It’s really a good deal. 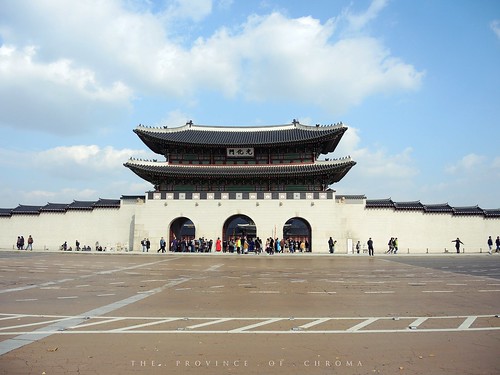 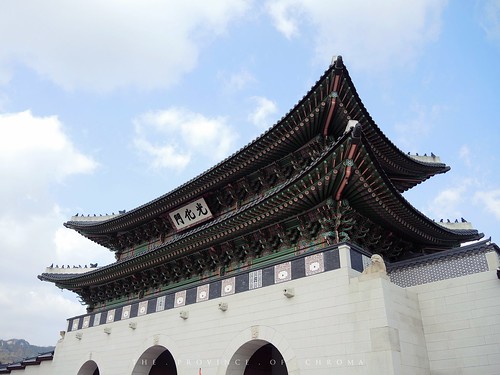 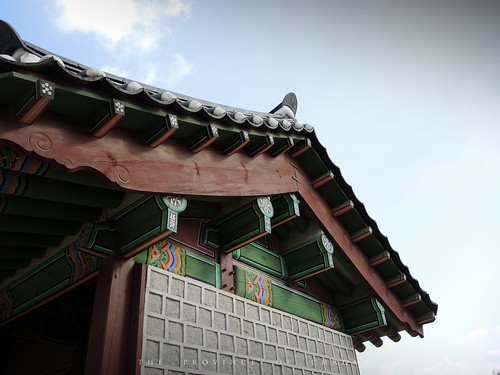 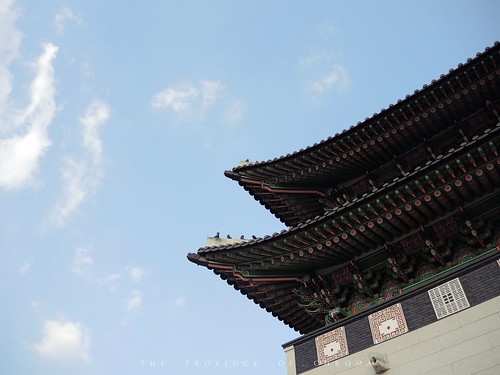 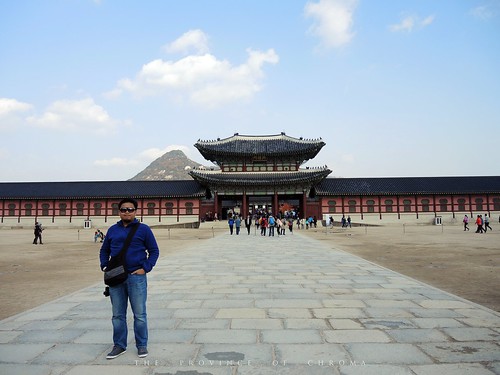 The changing guard ceremony runs 6 times a day where the first session starts at 10.00am. It’s really a great opportunity to witness and experience this traditional scene and colourful parade of the guards in uniforms, weapons and accessories. This ceremony has been taken place since 1469 in the Joseon Dynasty. We knew that it’s time for the ceremony when we saw workers putting up the barrier line at the palace compound. This is it! Let’s get in place! 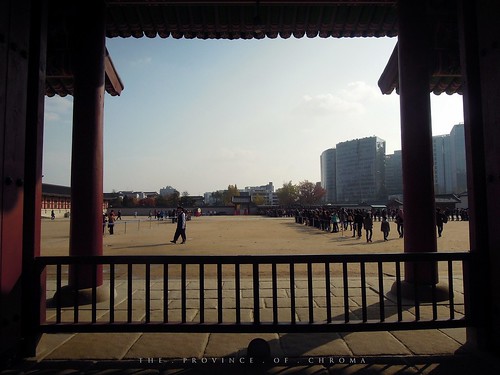 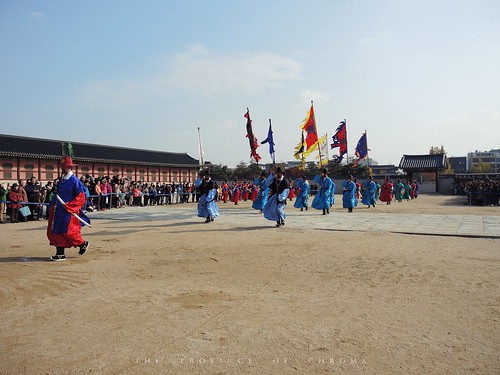 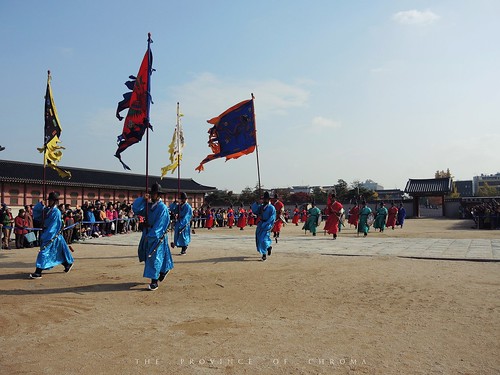 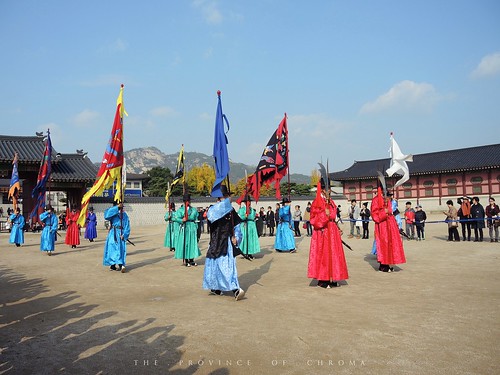 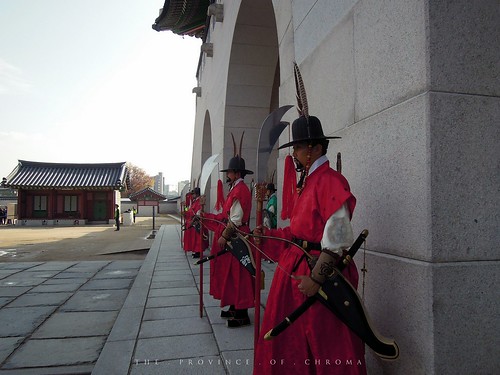 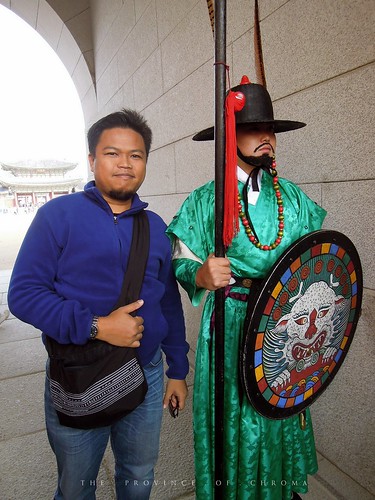 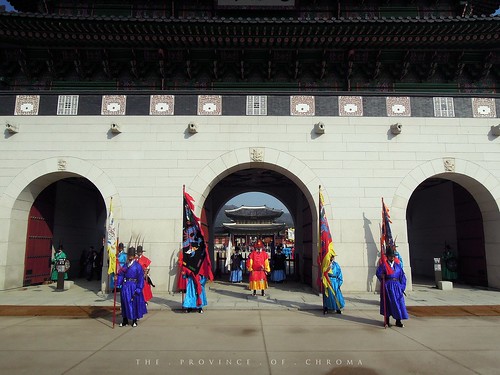 An eye contact with the Chief of the guard 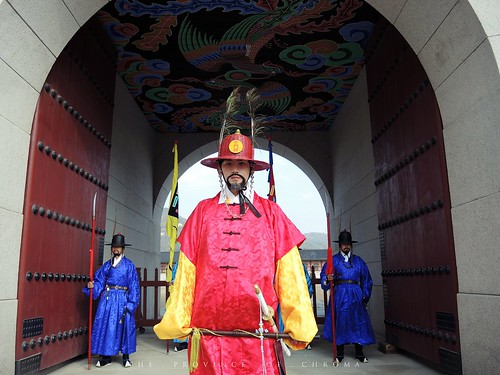 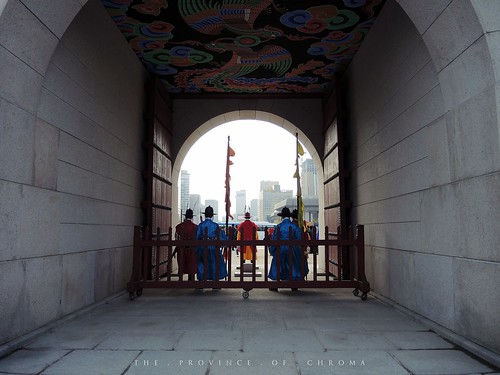 The whole ceremony last for about 45 minutes. We spent more time right after the ceremony just to make sure other tourists left the main area so that it would be easier for us to move around and take a picture of the gate keeper. In overall, this is really an experience which can’t be comparable to the changing guard ceremony at Buckingham Palace.

Gwanghwamun Square is located just a minute away from Gyeongbokgung Palace. This is definitely where we can see the statue of Admiral Yi Sun-Sin with a 12.23 water fountain which mean he had fought over 23 battles with 12 warships during the Japanese invasions of Korea. And they won! Meanwhile, King Sejong The Great statue is located 250 metres right behind the status of Admiral Yi. King Sejong was not only the most respected king of the Joseon dynasty but he was the person who introduced and created the Hanguel, Korea’s alphabet. Both statues are even nicer during night time with the water fountain and lighting effects. Google it! 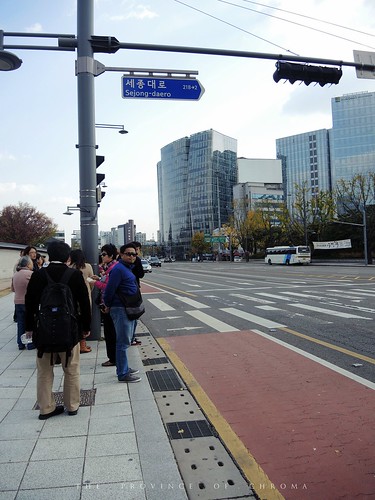 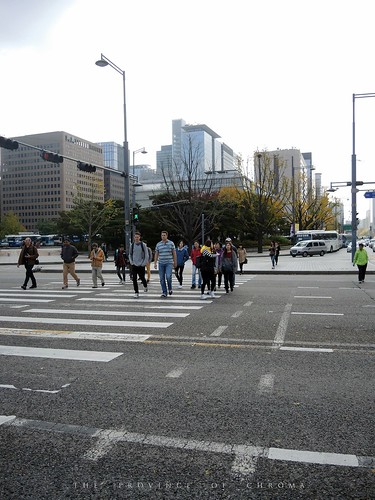 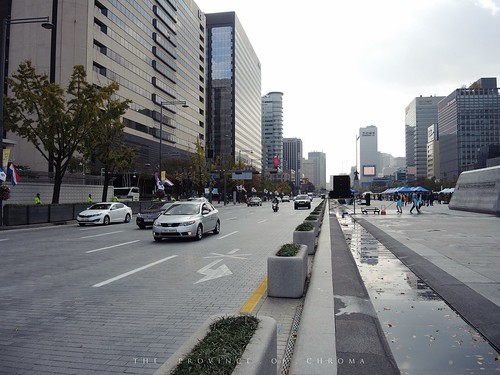 The statue of Admiral Yi Sun-Sin 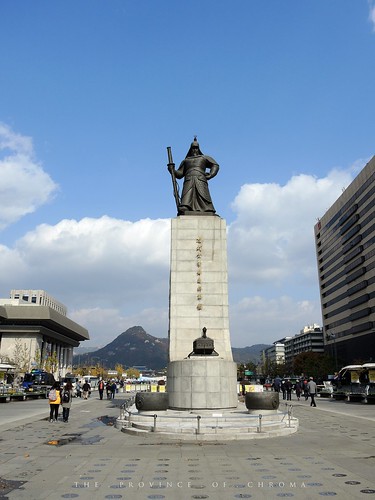 The statue of King Sejong The Great. There’s also an exhibition gallery nearby which display all the information of his life and achievements. 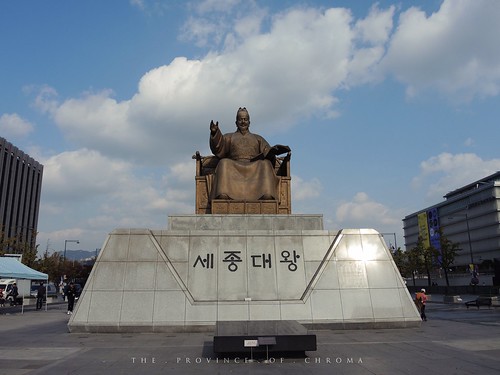 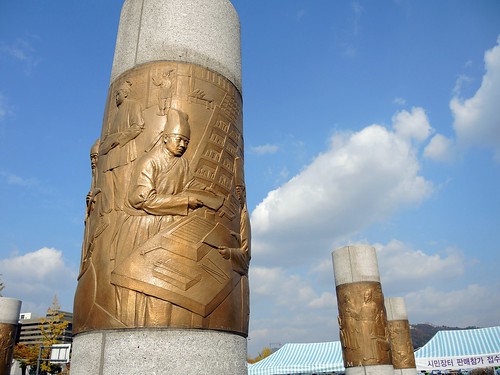 Flowering kale around the area 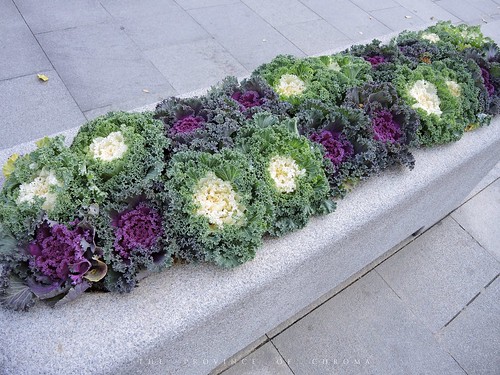 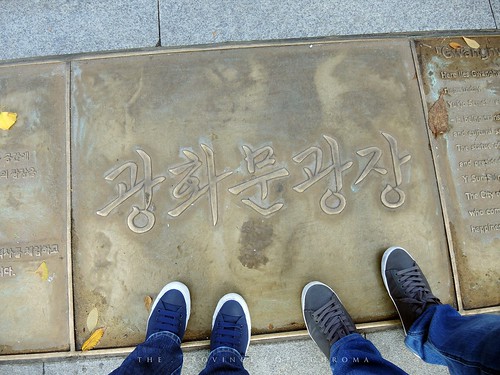 How to get here: Gwanghwamun Station (Seoul Subway Line 5), Exit 2.

We will continue our journey on Bukchon Hanok Village and Insadong.