When we arrived at Bagan Train Station, we decided to roam around and walked from one end to another end. The local taxi and minivan drivers keep harassing and offering us the ride to the nearest town either the Old Bagan or New Bagan. After a quick negotiation with one of the taxi driver, we then decided to pay 4000 Kyat (USD 4) per pax to New Bagan in that super cramped car. There are 8 of us all together! We were the last couple in the car as New Bagan is even more far compared to Old Bagan.

END_OF_DOCUMENT_TOKEN_TO_BE_REPLACED

Right after our trip to Nami Island, we rushed back to Seoul town as we wanted to go to N Seoul Tower or formerly known as Namsan Tower. This is basically a communication and observation tower located on Namsan Mountain in Central of Seoul. Since it is located in the city centre, it offers a panoramic view of Seoul and the surrounding areas too. Amazing! Just amazing! It’s best if you could also experience the whole view during day and night. In order to do this, the strategy is simple – be there right before the sun set. Check the sun set time locally too to avoid frustration and disappointment. When we were there, the sun set at 5.40pm.

END_OF_DOCUMENT_TOKEN_TO_BE_REPLACED

Today is definitely the day where we will explore the other side of Bali with our dedicated tour guide, Agung. As mentioned earlier, we only booked him for a day. He even surprised on our requisition but we did this for some reasons.  The night before, we went through the list given by the tour guide and made some changes as per their original plan. We woke up early in the morning where we really looking forward to start the journey today. Adrenaline rush! It’s gonna be a long day today.

Our pick up came somewhere around 8.30am and to start our adventure, we stop over at one of the Bali Batik Factory on our way to Batu Bulan Village. As this is not something new to us, we just browsed through the place and we ended up in the MPV after 15 minutes there. It was a really quick tour for us. 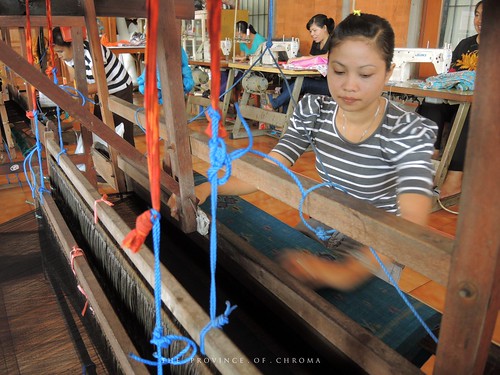 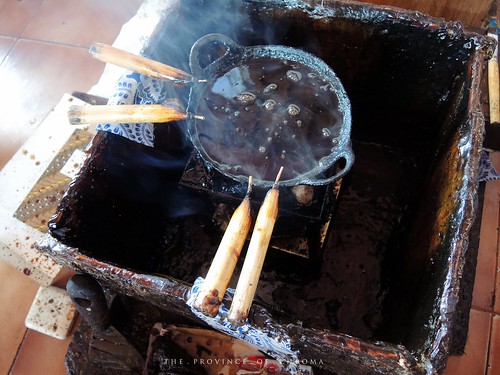 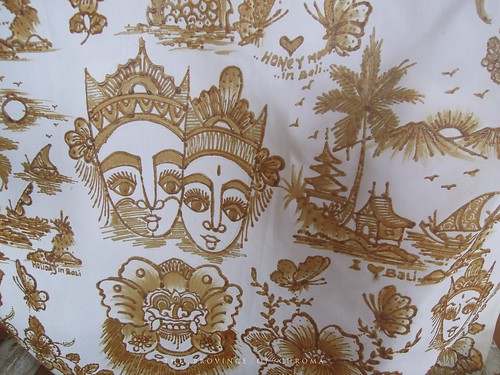 Our next destination was one of the tour highlight where we then headed to one of the famous art village in Bali, Batu Bulan to watch the earliest live performance of Bali Barong and Keris dance. Eventhough it’s still early, the place was full house in less than 15 minutes. This place is often the starting point for many Bali Tours Package to middle or even east part of Bali where it is strategically located. Traffic was quite busy heading to the village as this is the same routes to Kintamani and Ubud. Tourists who are heading to Ubud and Kintamani will make a stop to this village to watch the art performances and sculpture specially created by local artists. 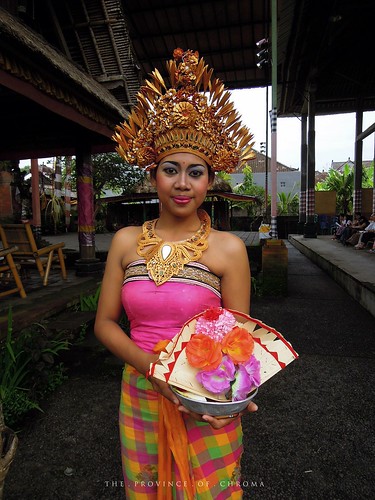 The dance theatre. We were given a leaflet on the plot of the Barong and Keris dance. If you were wondering, what is ‘Barong’ is all about, ‘Barong’ dance is actually another story telling dance narrating the fight between the good and evil spirit. The main character would be ‘Barong’ which represent the good spirit and ‘Rangda’ represent the evil one. It cost us IDR 100K per person for the ticket fees. 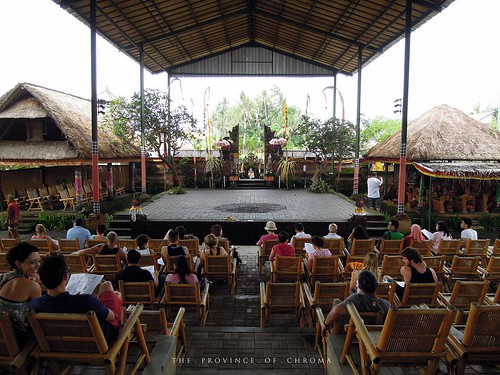 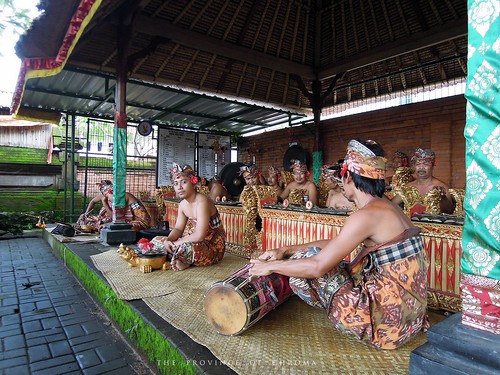 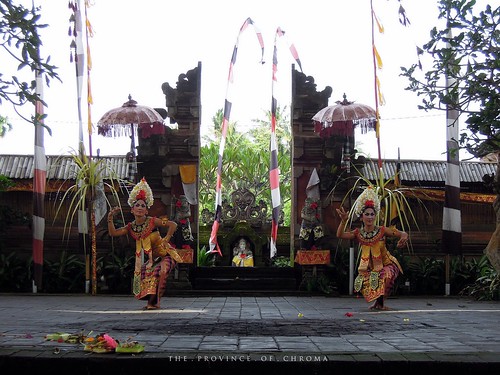 The tour of the day continues to the mountain village of Kintamani. Our mission is to see the panoramic view of Mount Batur and Lake Batur (the biggest lake in the island). Jumping out from the vehicle, we could feel the refreshing cool weather there. We were told that Mount Batur is still an active volcano till today and eruption happened several times. The biggest eruption was way back in 1926 which destroyed the whole Batur Village. You can observed that there are a lots of restaurant which was built overlooking the Mount Batur and Lake Batur and most of it is offering a buffet package. We have to skip that as we read a lots of review saying that it doesn’t worth the money paying such amount when all the food are tasteless. 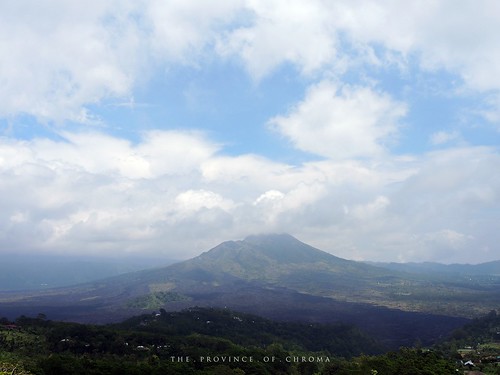 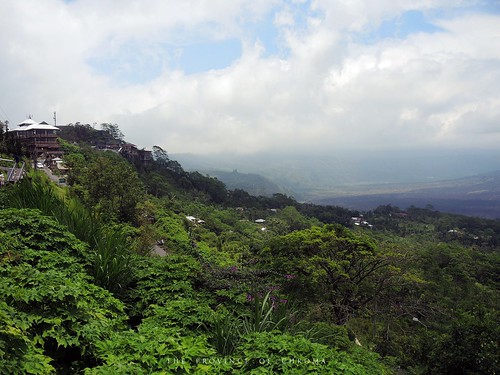 We then went straight to the Wedang Sari Agrowisata to see how does ‘POOP Coffee’ were made. Luwak Coffee is one of the most expensive coffee bean in the world even it when through the most bizarre process ever. We were told that the asian palm civet (musang) will only eat the best coffee berries and right after they poop, it will be collected, clean and process. Eventhough FF is a coffee lover, it’s a big NO for him as he don’t even dare to try this. 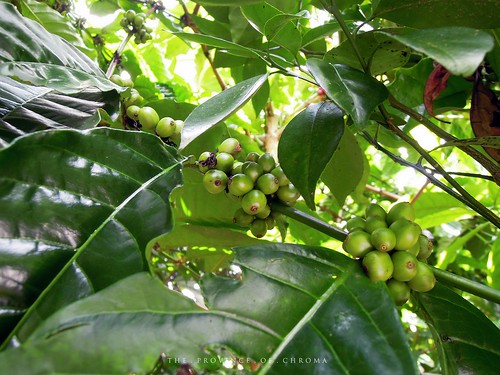 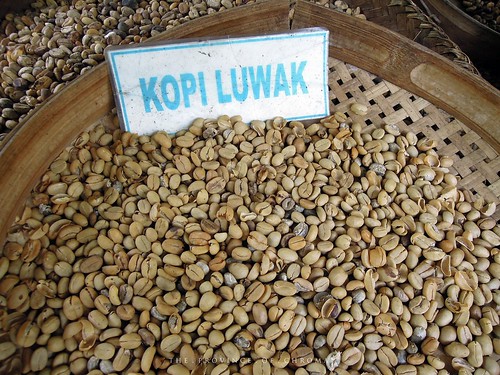 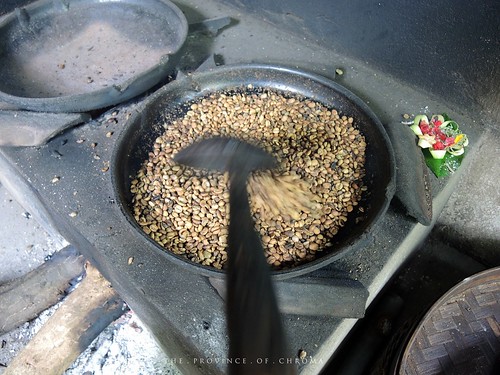 At the end of the tour, we were given a chance to sample their coffee and tea that the plantation had produced from chocolate coffee, vanilla coffee, Bali coffee, lemon tea, Roselle tea and etc. except Luwak Coffee as we made an earlier declined on that. 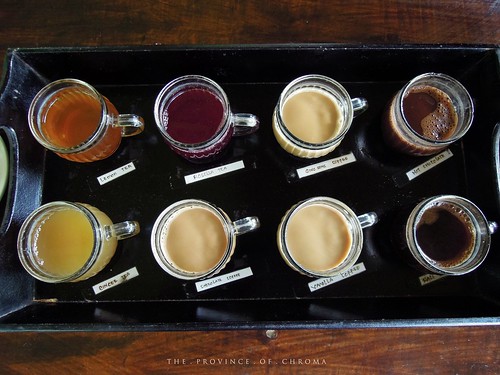 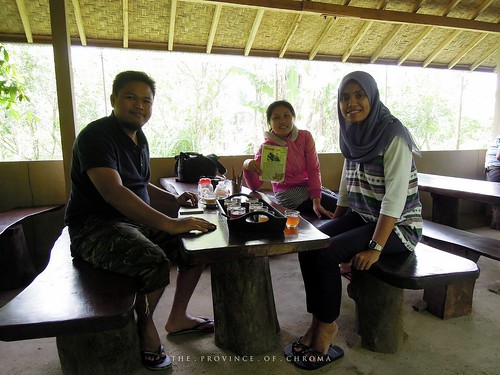 With a 15 to 20 minutes drive passing through the village, we then reached our next destination on list which is Tegalllalang Rice Terraces. It is extremely amazing since it was specially built on the cliff bank with a view of a beautiful valley. We were so impressed on the drainage and irrigation system that has been implemented by them too. Agung asked whether we wanted to explore the valley but in one condition as we need to do a little bit of trekking downhill (approximately 400 meter down). We think twice before we decided to do so. Challenge accepted! 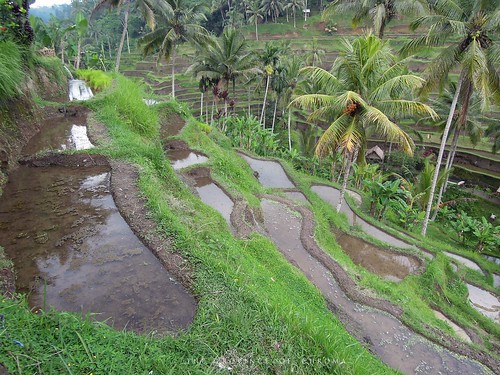 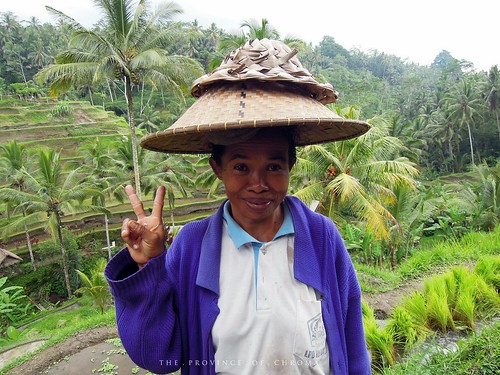 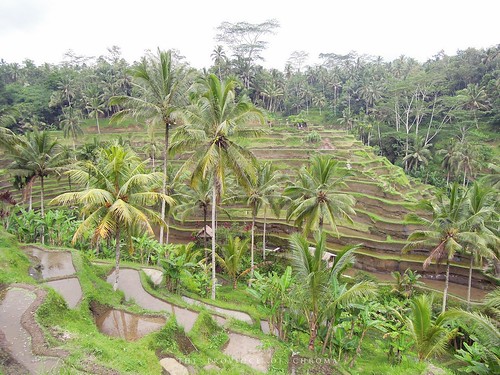 The view from the bottom of the valley. We could see a clear stream as well. 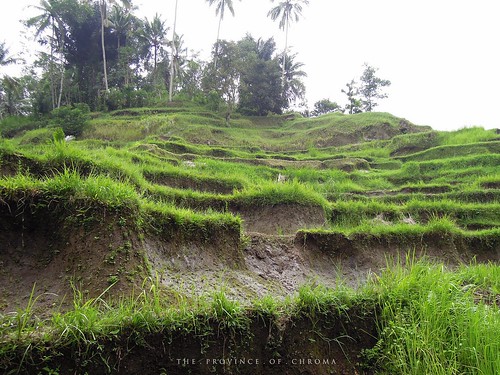 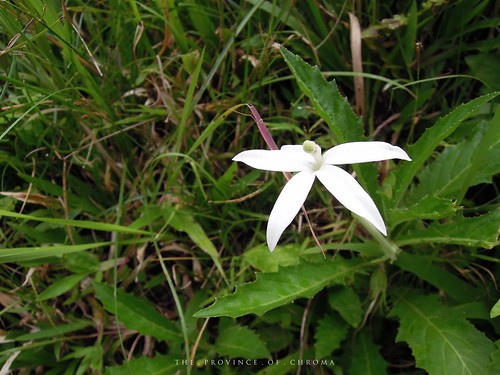 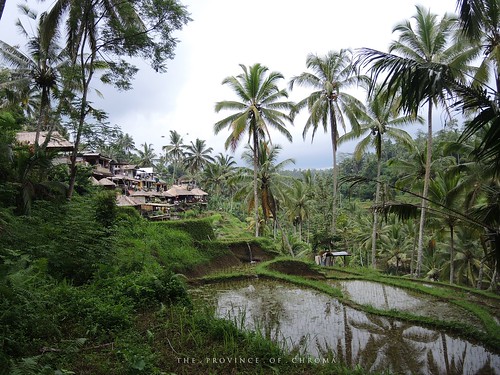 We finally reached our last destination of the day which is Tanah Lot Temple to experience their most spectacular sunset ever in Bali. Tanah Lot is located at the village of Beraban, on the coast of West Bali. We reached just in time. One thing that we knew is that we overslept all along the way. Super tiring! Tanah Lot is one of the most popular tourist spot and a cultural icon for photography. Not to forget its unique rock formation too! 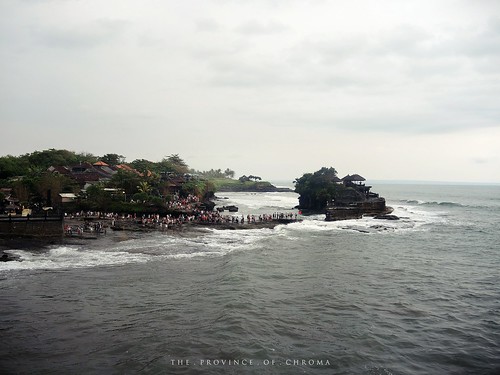 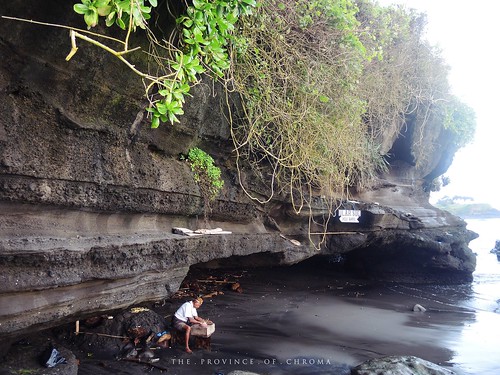 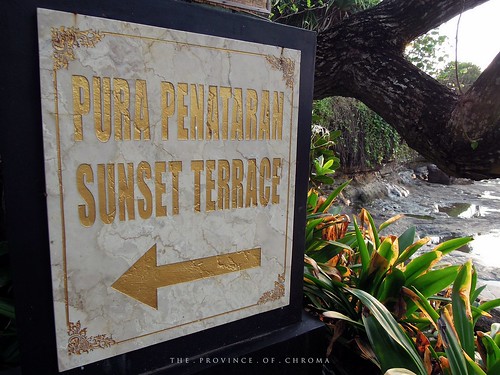 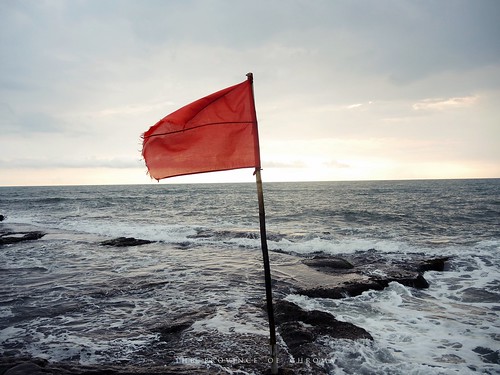 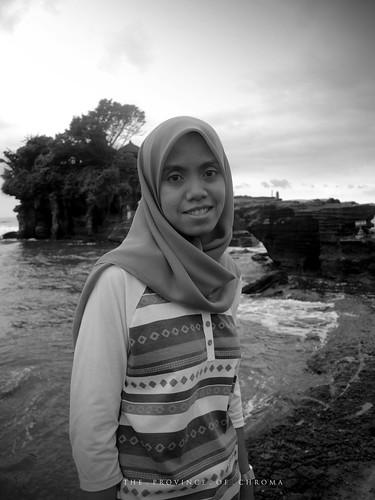 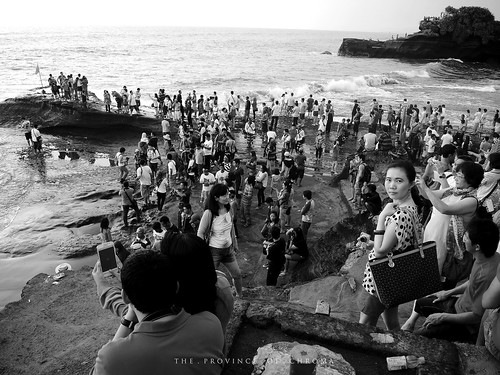 And here come the sunset 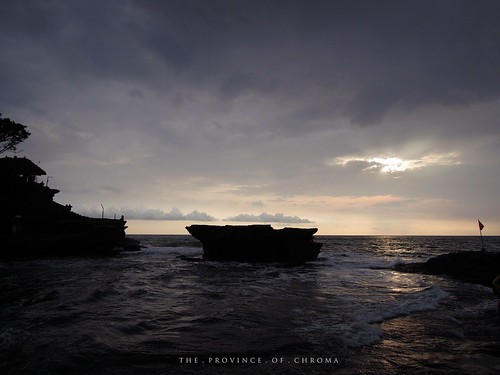 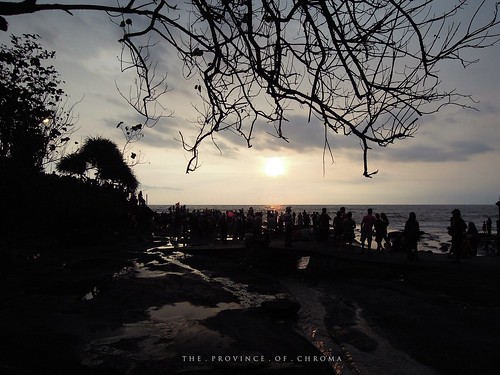 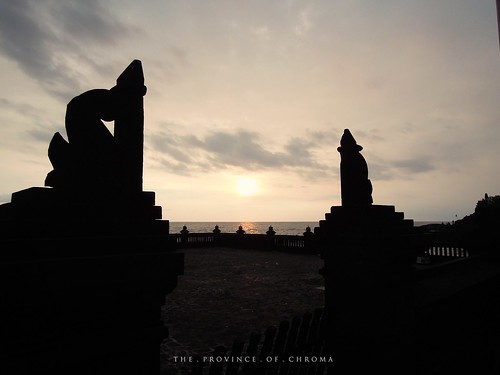 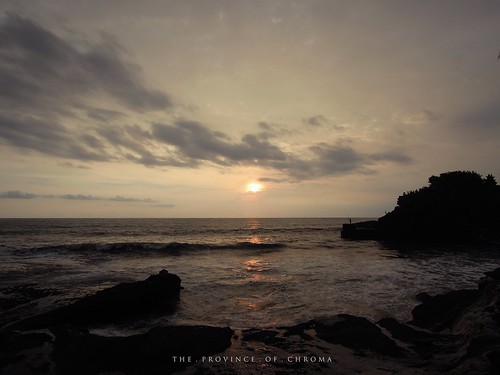 We will continue our journey on Part 3 soon.

Reminiscing the plot of EAT, PRAY, LOVE (EPL) film starring Julia Robert made us getting ourselves a return ticket to Bali. Yes! We had always promised ourselves that one day we should bring our travel feet all the way to this beautiful island even that our aim was not to meet the healer, Ketut Liyer and the local Traditional Balinese Medicine Shop owned by Wayan. We finally made it. Alhamdulillah.

Bali is actually an island and it was the smallest province in Indonesia. But hey, it might be small in size where you can actually drive to the entire coast in one day, but the destination is quite far from one another. It is located in between Java and Lombok with a majority of Hinduism followed by a slightly minority of Muslim and Christian. Fret not, even of the small population of Muslim, you can actually get a delicious Halal Food within the island.

Honestly, we’ve not did enough studies nor reading for this trip. It was just a short trip for both of us but we always believe that we could fit ourself to the island for the next 4 days. Just 2 days before departed, we actually secured a local tour guide to bring and drive us around to the outskirts area (to save our time) for a day! We only paid IDR 350k and it turned out to be quite cheap plus with a return airport transfer which cost us only IDR 100K. This is way cheaper than using the taxi.

Our local guide, Agung. A very devoted Muslim who travel all the way from Surabaya to start his living here in Bali.

One of Kuta mainstreet

Being the first timer here, we definitely opt for a stay in Kuta as this is the major tourist spot in the island. After a quick browse considering the price, location and guest reviews, we finally ended up with Jocs Boutique Hotel & Spa by paying approximately RM60 per night. Personally, it was a good selection since it was located within a walking distance to Kuta Beach and other major attraction around.

Just to kill the time, we then decided to chase for sunset at Kuta Beach in the late afternoon. By walking down the street, our very 1st impression of Kuta is that it’s totally congested, crowded and even chaotic at time. We could observed touts and spammers around but we are definitely not their target as they thought that we’re local, just like them. To be frank, the whole environment of Kuta Beach lies in front of our eyes was something that we don’t even expected. The 5km stretch which was noted as the best beach front in Bali could be even better and cleaner. To save it all, Kuta Beach then reveal her best sunset of the day.

We then walked along the Kuta beach front till FF’s suggested that we shall stop for a cup of drinks. We then saw a big mall that caught our attention which is Kuta Beachwalk. The architectural was amazing. It came to our surprise to know that it was formerly a hotel and it has been converted to a new a shopping mall with its own concept.

While walking up and down the upscale mall, we were then invited to start our journey to the world of Indonesia cloth tradition. It all started when we spotted some special tunnel with some light effect which caught our eyes. It open its door everyday as early as 10.00am till late evening of 7.30pm. It was believe to be owned by a cloth maker / fashion designer, Josephine Obin Komara. You’ll be immersed in the world of beautiful fabric and traditional local batik. Rare pieces can be seen on display too! As this is the latest addition to the mall, you might one to pop out if you were around just for a dose of art and culture.

We wrapped up the day at the nearest Mc’Donalds outlet for our dinner. We got ourself non other than the only set which are not available in Malaysia Mc’Donalds which is ‘Panas Special’ consist of a white rice, a piece of fried chicken and scramble egg together with a glass of carbonated drink.

We will continue our journey on Part 2 soon.