Everytime we travel around, it’s a must for FF’s to at least pay a visit to a local mosque. Since we’re staying in Itaewon, we decided to go to the Seoul Central Mosque. What makes it more iconic is because this is the Korea’s first mosque and the only mosque in Seoul by now. One thing that really caught our eyes is definitely the big green Arabic letter of Allahuakbar, God is the Greatest. And personally, there’s always an immense feeling of calm and warm everytime you see this House of Allah S.W.T. 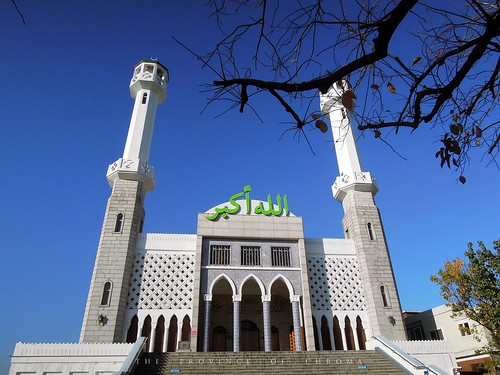 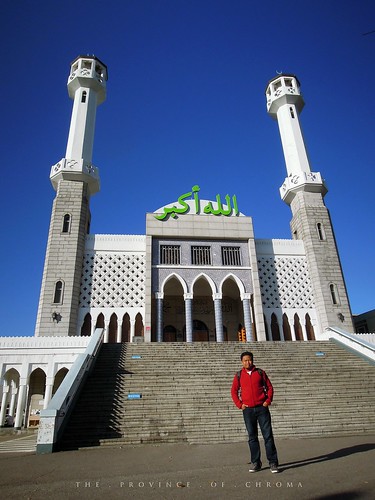 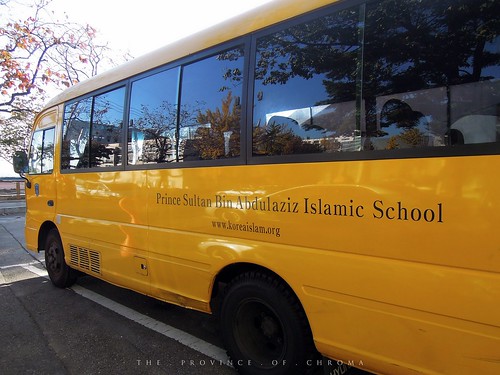 For your information, this is where the Islamic community live in. Halal restaurants can be found scattered within the area. Not to forget convenience store, bakery and many others too.

The view of the Mosque from far 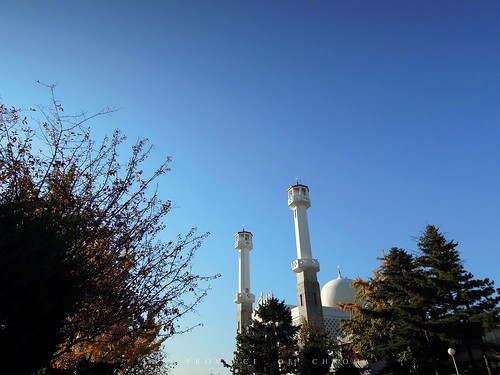 We didn’t spend so much time there as we were there early in the morning. We managed to catch one of our Muslim brother to show us the shortest way to get down to the Itaewon Station too. Thank you Brother! 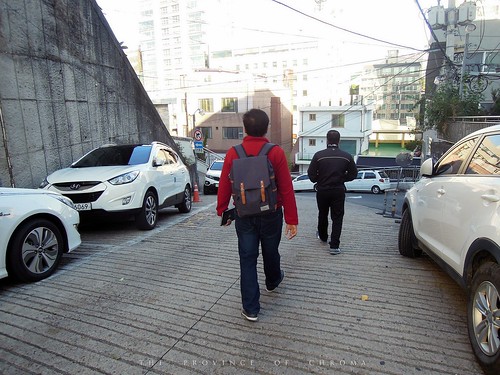 Right after the mosque visit, we headed straight to the famous Cheonggyecheon Stream. The stream was once neglected since it has been covered by an overpass. Since then, local government decided that restoration shall be made and the 10.9 kilometres was finally open to public in 2005. Today, it was a notable restoration projects worldwide. Even Malaysian Government especially the Irrigation Department are making this as their examples too. It really shows a significant achievement especially the clear water, and also an increased of species which includes fish, birds and many others due to the wet land projects. 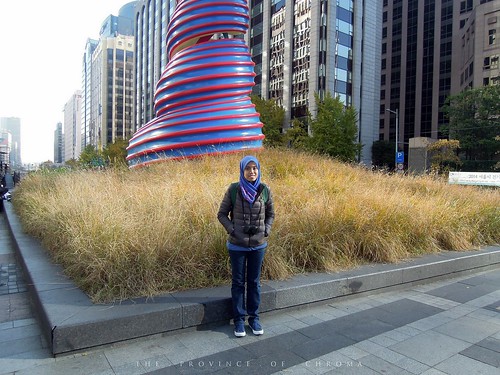 Gwangtonggyo, the largest of Cheonggyecheon’s bridges during the Joseon Dynasty 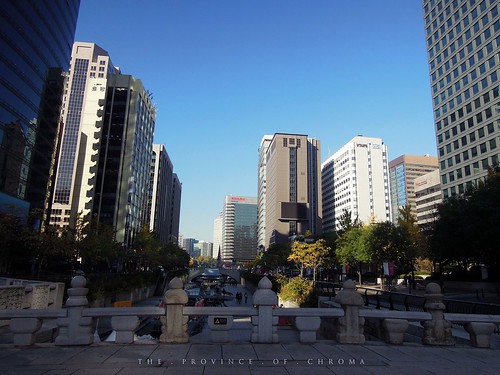 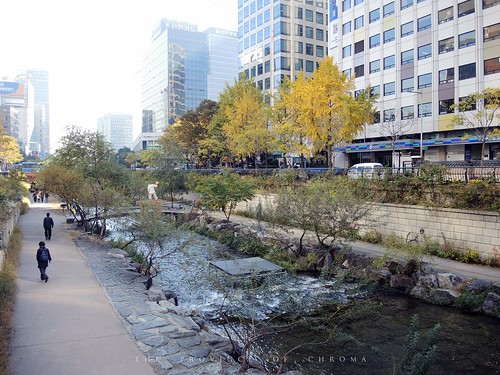 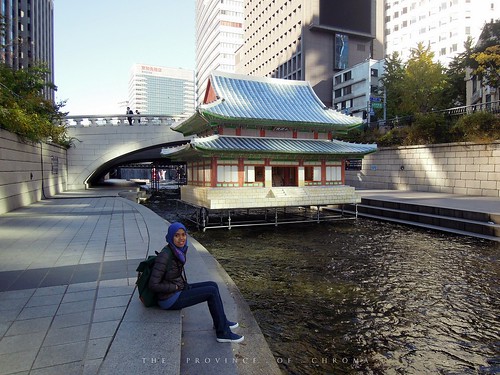 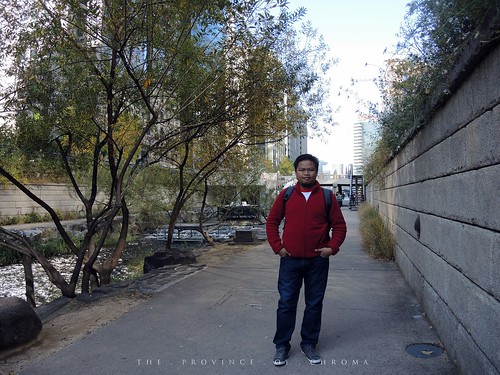 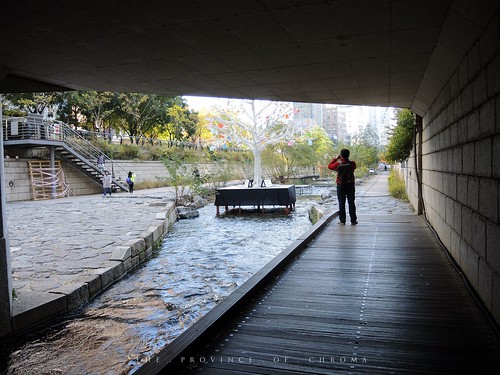 Another event that shall not be missed is definitely the Seoul Lantern Festival here at Cheonggyecheon Stream and it was celebrated every year from early November for 2 consecutive weeks. And guess what? We are not that lucky as we’re leaving Seoul on the first day of the festival. What a waste! Therefore, we decided to peep through on the preparation and how does the lantern looks like day time. You might want to hop in if you here during the festival. 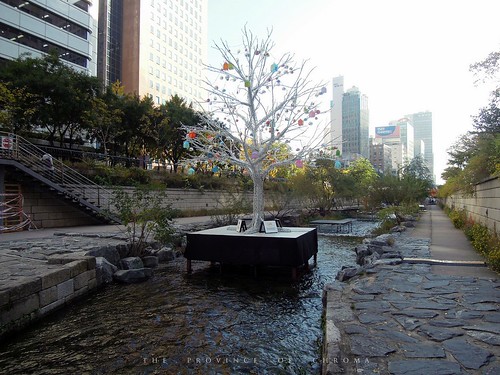 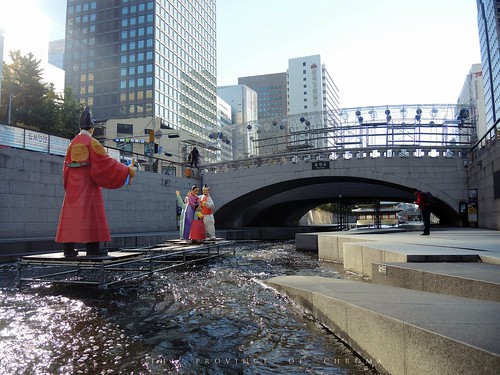 Just imagine this will be lighted at night! 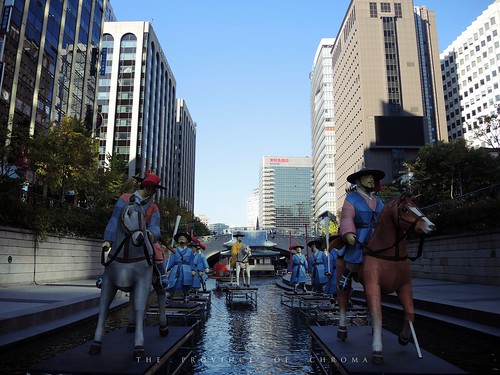 The whole view from top 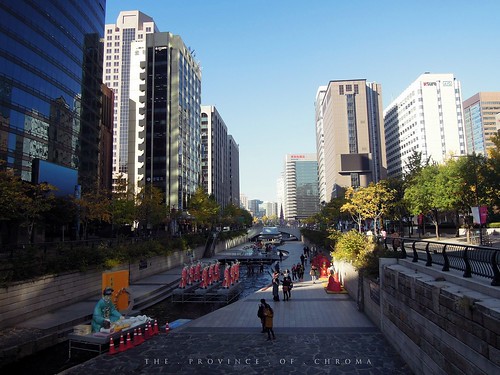 We will continue our journey on Shopping Spree at Gwangjang Market, Namdaemun Market and Myeongdong.